Producer price inflation hotter than expected ahead of Fed’s meeting 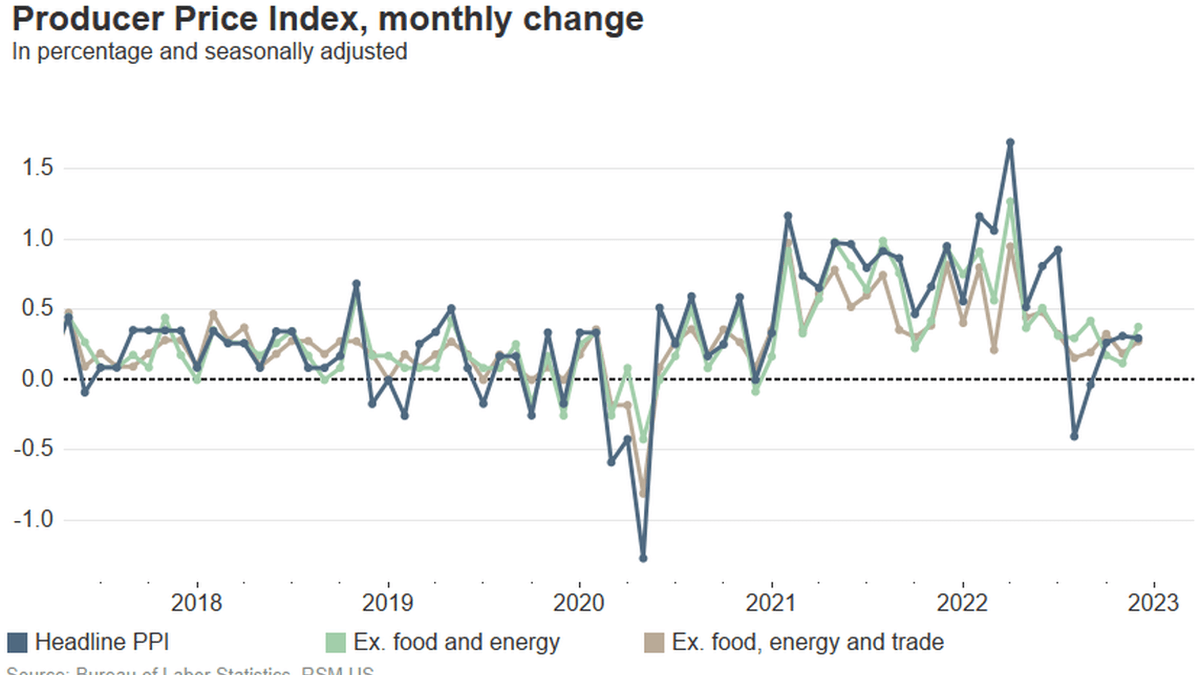 
Wholesale prices grew faster than expected in November, driven mostly by services which have become the new focus of the Federal Reserve in its fight against inflation.

The producer price index for final demand rose by 0.3% in November and by 7.4% year-over-year, the Bureau of Labor Statistics reported on Friday. October’s number was also revised upwardly to 0.3% from 0.2% earlier. While goods inflation posted a modest 0.1% increase on the month, services inflation rose higher, to 0.4%. Most of the gains in the service components came from trade services, a proxy for wholesale and retail margins, which increased by 0.7% in November.

But trade services for intermediate demand rose by only 0.5% on the month. This suggested that stronger demand most likely gave service providers at wholesale and retail stores more pricing power to charge customers a higher markup despite heavy discounting.

The increase might reflect how strong spending for the holiday season was in November, despite concerns over inflation and a looming economic slowdown.

The data, however, provided no relief for the Fed ahead of its highly anticipated meeting next week, when it is expected to slow the pace of rate hikes for the first time since March.

Since the producer price index does not include shelter costs—which have driven most of the increase in the consumer price index—it is likely that the November CPI data will remain elevated with a possible upside surprise when it is released next week.

We expect the Fed to continue its rate increases next week and raise its policy rate by 50 basis points. That would bring the terminal rate closer to 5% and above, the restrictive level that we believe is needed to contain inflation.

This article was written by Tuan Nguyen and originally appeared on 2022-12-09.
2022 RSM US LLP. All rights reserved.
https://realeconomy.rsmus.com/producer-price-inflation-hotter-than-expected-ahead-of-feds-meeting/